A medieval symbol you can see around the country 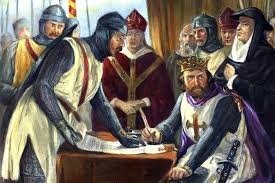 The Chevron is one of the most famous symbols used in Medieval chivalry. This arrow shaped V design, that can point up or down, has been with us since the Spartans. It first comes to the shores of Britain brandished by the Normans. The Anglo-Saxons of England are defeated at Battle near Hastings and the age of the Northern Frenchmen begins. One of the descendants of these Normans, and who used two inverted red chevrons on a shield of gold , is John FitzRobert. This design is so distinctive it is used for many symbols including on coats of arms in certain parts of the country. Slough’s coat of arms (as seen below) has a swan in the centre of the chevron. A Same Day Courier Slough company will see this coat of arm around the town when delivering their packages and parcels. 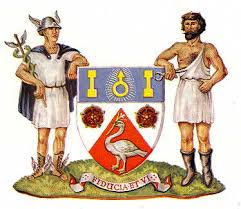 After the defeat of the Anglo Saxons the Normans set about changing the country forever. They created the basis for the medieval feudal system reinforced by the all powerful Barons. William the first becomes the  absolute ruler of England and North France. He rules with an iron fist and this sets the tone for the following royals until we get to King John. 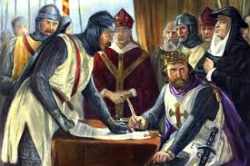 John is reckoned, along with Charles the 1st, George the 4th and Edward the 8th as one of the worst Kings England has ever had. His mismanagement of the country’s finances drove the Baron’s mad and so at Runnymeade they forced the King to sign Magna Carta. This is a set of rules and is the basis for our Legal system and civil rights. John FitzRobert is one of the signatories.