The art of the Numismatists

We all value coins, especially when they are in our pockets! However there is a group of people known as Numismatists who collect coins purely on their historic value alone. The field of con colelcitong and dealing is certainly a lucrative investment and if you have ever considered it then a visit to  GM Coins a Coin Dealer UK based operation is a very good starting point.   The word Numismatist is derived directly from the Latin and means, literally, “of coins”. Not that the latin influence is anything to go by, it seems that coin collecting and valuing went on well before the Romans rose to prominence. 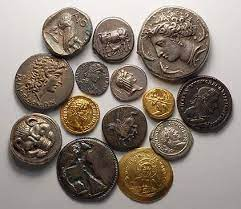 Numismastry is split into two groups. On the one hand there are those who just like to retain and collect certain types of coin as a collection. The Royal Mint plays up to this by producing coins with differing designs on them. All legal tender but you’d be unwise to spend them. The backs of 50 pence pieces are a grand canvas. The Pagoda Tower at Kew gardens being an extremely rare example and a variety of commemorative scenes. In addition there is the collection of famous examples of coins from antiquity but also medieval and seventeenth to nineteenth century examples as well.

The otherside are the coin dealers who use the value of coins as an investment opportunity and trade them on the open market. They are less inclined to be concerned about the historical value unless this adds to the price.