The Grand House of Swindon? 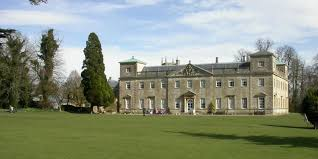 When you say to someone about what the town ofSwindon in Wiltshire is known for, certain things spring to mind. It’s the site of a large Honda Factory (that is due to close in 2021), it was the hub for locomotive building for the GWR, it’s Mechanics Institute had a health care model that Bevan based the NHS on or that it’s football team won the Football League cup and it was in the Premier League for a year. One thing that few people will realise is that it also has a spectacular country house in its environs at odds to the industrial heritage that it is better known for. 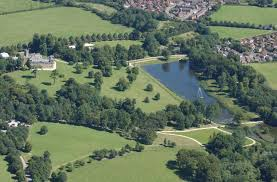 Owners of a delightful Wiltshire Park Homes will know of this grand house and grounds as it is right on their doorstep to visit. Take a look at Park Home Life to see what we mean. The place in question is Lydiard Park.

It’s current glory was created in the 1700’s however people living on the site date back to a mention in the Domesday Book. It was an active medieval settlement with a large deer park for hunting until being inherited by the St John family who set about creating the house and landscape that we see today.

It has been a grand home, a hospital for German POW’s and now finds itself under the ownership of  Swindon Borough Council where it is open to the public. It has large areas of open space, facilities and the several play areas for children.