The Changing face of David Bowie 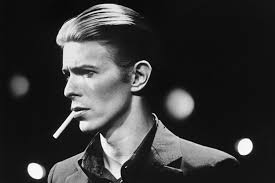 Pop art and in particular representations of the musician David Bowie are becoming something of a trend. The red lighting slash on the face of one Ziggy Stardust, one of his more flamboyant phases, is likely to adorn many a room, even living room’s. David Bowie was a rare breed of musical genius who was able to sense mood and change and adapt to it. He was not a performer to stand still, For example at the height of his Ziggy fame he dropped the character and moved on (much to the consternation of his band the Spiders from Mars). The androgeinous alien type creature that had Dad’s reaching for the off switch in the mid Seventies was being replaced because, hey man, that was done. He never returned to the look even if he performed the songs. It made the Parents and Grandparents wonder why they had bothered with the TV Aerial installation Bristol service they had bought (and they hadn’t even got to Punk yet). Although Aerial Installations Bristol, or anywhere else for that matter, are still important. 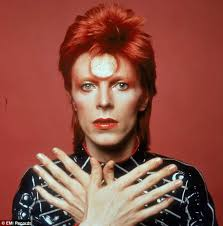 We still fixate on this period of Bowie creativity because he was never to be that flamboyant again, save for possibly his final years on the Next Day and Blackstar. Before this he was still considered “out there”. Space Oddity for example and the Man who Sold the world being too examples. Even his foray into novelty pop “The Laughing Gnome” does little to lessen his star. The other factor is he never gave up. Hunky Dory is considered a pop and rock classic but several songs flopped when released. He had to embrace the weird and he admitted it nearly destroyed him.

Next was Aladdin Sane, the Thin White Duke with Ashes to Ashes, Heroes and then Let’s Dance. Musical diversity personified.