How the man on the street got cool 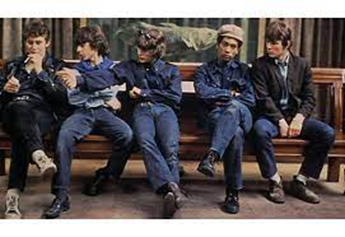 In Britain before the Second World war men had two outfits depending on their class in society. The working man had his overalls, some cotton shirts and a suit for Sunday best. The middle classes had more choice and the upper classes had the option of the formal wear. All of this was about to be ripped apart by the advent of the aforementioned war. During and afterwards a closer relationship with the North Americans suddenly put the country on a different focus. When the stylish GI’s turned up with Chinos, khaki cargo’s, bomber jackets, jazz and swing music it certainly turned heads. Men began to realise that perhaps there was more choice than they’d thought. An example of that is the choice that is on offer at EJ Menswear. Go to https://www.ejmenswear.com/men/eto 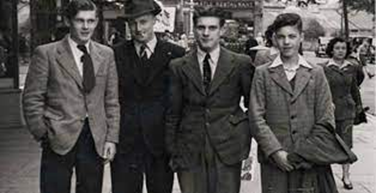 After the war the influence of the USA persisted. They had no class system (at least one not so apparent) nor did they practice deference. With a higher standard of living and style the average Britain began to question if their society was as perfect as was thought.

The coming of Rock n Roll music and the Crooner singer made this situation even worse for the ruling classes trying to maintain the status quo. The young British male was tired of being told that he had to bow and scrape to the older generation that had saved him from the Nazi’s. Instead the local dance and dressing like a Teddy Boy seemed infinitely more fun and interesting.

This rebellious movement, albeit a bit slower in some parts than others, fuelled the outright contempt that mens fashion felt in the 1960’s and 1970’s. The days of 2 outfits were gone. They are replaced by choice and colour.