What is Cardiac Arrest? 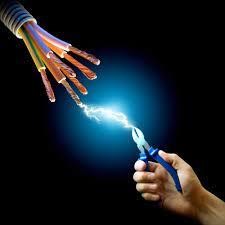 Cardiac arrest is where the heart stops pumping blood. It can be a very frightening thing to witness and it can often happen with no warning at all so having someone around who is trained in first aid at work is extremely important. Someone who is going into cardiac arrest will usually have pain in the chest and down the arm, they will then lose consciousness as the brain is starved of the oxygen it needs in the blood (which is delivered via the heart). You will also probably notice that they are not breathing or are unable to breathe properly and may be making gasping noises.

There are many causes for cardiac arrest. Sometimes it can be an inherited heart condition, which often shows no signs and can remain undiagnosed for years, such as cardiomyopathy. Coronary heart disease is another common cause, often caused by lifestyle factors such as excessive alcohol consumption, smoking or obesity. It can also be caused by an external factor – an electric shock, or a drug overdose for example, or if a person has been wounded and lost a large amount of blood – this is known as hypoxia.